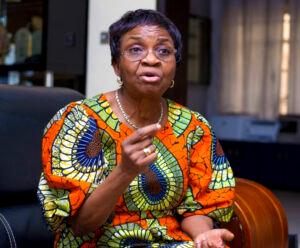 The National Agency for Food and Drug Administration and Control, NAFDAC on Sunday raised the alarm over indiscriminate use of performance enhancing substances popularly known as aphrodisiac, warning that consumption of such substances could lead to stroke, organ damage, or sudden death.

NAFDAC’s Director-General, Prof Mojisola Adeyeye who raised the alarm in her Christmas and New Year goodwill message to Nigerians, decried the preponderance of performance enhancing drugs otherwise known as ‘Manpower in the local parlance, in the Nigeria market.

Adeyeye said: “Most of the performance enhancing drugs are not registered with NAFDAC. They are smuggled into the country. If they were registered, the producers and peddlers alike would not be doing what they are doing in the supermarkets, social media platforms and on the streets.

Adeyeye lamented that many men have died using performance enhancing…