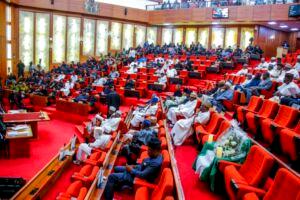 THE Senate has vowed that the Petroleum Equalization Fund (PEF) now Nigeria  Midstream and Downstream Petroleum Regulatory Authority (NPRA) must account for the  interest that accrued to N34 billion placed in the fixed deposit.

According to him, PEF must account for the outstanding of N100 million that is remaining in the interest accrued to N34 billion placed in the fixed deposit account…

2023: Those opposed to zoning of Presidency to south are enemies of Nigeria—Southern, Middle Belt leaders