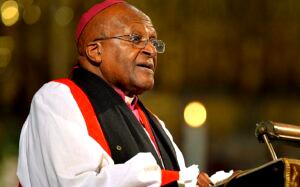 Mohammed joined other UN leaders to lament the passing away of the anti-apartheid leader and human rights activist, who died in Cape Town at the age of 90.

Archbishop Tutu was “always with a smile, always asking us to do our ‘little bit of good’”, she recalled, before signing off with “R.I.P.”

Andersen described him as “a pillar of moral rectitude who taught all of us to walk the righteous path with truth, justice and forgiveness in our hearts”.

Archbishop Tutu had travelled to UN Headquarters in New…