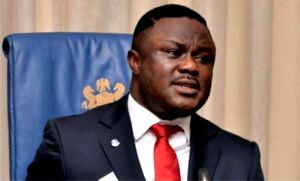 … CrossRiverians eager to know what happened to their treasury, we want EFCC, ICPC to investigate …PDP

…C’River statutory allocation stood at 115 billion to date, Ayade must be a magician to run state…CPS

Allegations and counter-allegations trailing the alleged looting of  100billion naira by the Ayade led administration published by an online medium  ( not Vanguard ) on Friday took a different dimension as the People’s Democratic Party, PDP, and governor Ben Ayade locked horns over facts and figures.

The Cross River state government has since denied any involvement in such, describing the PDP as rumour mongers who should focus more on the challenges bedevilling it.

The state government also revealed that the allegations were not only baseless but were untrue adding that Cross River has received as statutory net allocation, 115billion naira from May 2015 to December 2021.

Vanguard gathered that the PDP had issued a press statement…