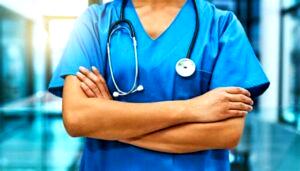 Nurses, on the platform of National Association of Nigeria Nurses and Midwives, NANNM, Lagos State chapter, have vowed to embark on a three-day warning strike from Monday, January 10, to press home demands for better working conditions from the Lagos State government.

Making the declaration at an emergency Congress in Lagos on Friday, Chairman of the State chapter, Julius Awojide, decried what he described as “government’s insensitivity to the plight of nurses in the State”.

In a statement, Awojide said the warning strike was necessary to let the government know that nurses would no longer be overworked, undervalued and underpaid without consequence.

The NANNM chairman said the State Executive Council meeting held on December 29, 2021, took stock of numerous challenges of nurses and all the unresolved issues before the government.

He said the issues continue to cause incalculable suffering of their members, and inevitably the…