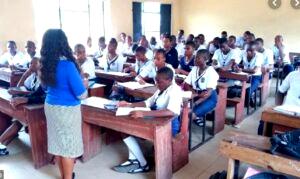 The Lagos State Government is not happy that three days after the official resumption of schools for a new term, some private schools are still on holiday, while attendance has not peaked in those which have resumed.

The Director-General, Office of Education Quality Assurance, OEQA, Mrs Abiola Seriki-Ayeni, who led a team to monitor compliance with the resumption in some parts of Lagos, said the refusal of some schools to implement the harmonised academic calendar was unfortunate.

She noted that parents should also encourage their children to go back to school on time.

“It is part of our duties that we have a harmonised school calendar developed in conjunction with all of our stakeholders and that was done last June after a series of meetings with all stakeholders. The calendar was published last July and sent to all appropriate quarters.