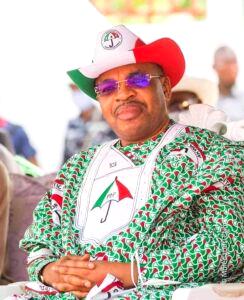 STAKEHOLDERS of Akwa Ibom North-West senatorial district have passed a vote of confidence on the state governor Mr. Udom Emmanuel, for his pragmatic disposition and development-driven leadership that has made the state an investors’ haven in the past six years.

This is contained in a communique’ issued at the end of the Senatorial district stakeholders meeting/New year get-together, held the deputy governors Lodge, government House last Sunday evening, and made available to newsmen yesterday in Uyo.

The stakeholders resolved that they fully support the completion agenda and succession plan of Governor Udom Emmanuel.

According to the communique’ the resolutions made by the stakeholders came after they appraised the developmental strides of the present administration, the emerging political developments in the senatorial District, and in the state as a whole.

The communique’reads in part: They commended His Excellency, Governor Udom…