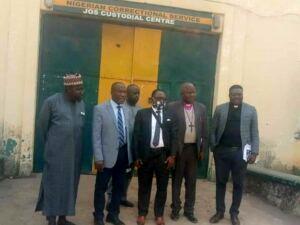 The Comptroller of the Plateau State Command of the Nigerian Correctional Service, Mr. Samuel Aguda made the disclosure when the Benue State Advisory Council on Prerogative of Mercy visited the Jos Correctional Center on a fact finding mission.

He said most of the convicts had shown good behavior while serving their jail terms and were pleading for clemency.

“We have 58 convicts from Benue State on death row and most of the convicts have shown good behaviour,” the comptroller said.

He appealed to the Governor of Benue State to forgive the convicts in order to reduce tension and decongest the facility.

Addressing the inmates, the Benue State Attorney General and Commissioner for Justice, Mr. Michael Gusa assured that the council would look at their respective cases and make recommendations to the governor for…