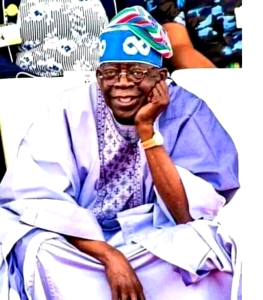 An ex-member of the Lagos State House of Assembly, under All Progressives Congress, APC, Dipo Olorunrinu, has said that the former governor of the state, Bola Tinubu has every right to lead Nigeria considering his pedigree and achievements in politics.

He also urged Tinubu to intervene in Amuwo-Odofin Local Government Area, LGA lingering grievances within the party and find an amicable resolution.

Olorunrinu, who represented Amuwo-Odofin Constituency I in the House of Assembly and the chairmanship aspirant in 2021 Lagos council polls, made the plea in a statement at the weekend.

Commenting on Tinubu’s presidential ambition, he said, “I believe the former governor of Lagos State deserved to lead and should be given a chance, having developed and helped a lot of people in his political career.”

On the Amuwo-Odifin crisis, Olorunrinu stated that there are unresolved issues and…