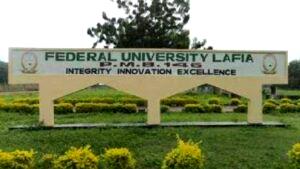 LAFIA—The four students of the Federal University of Lafia, FULafia, who were kidnapped by  gunmen  Thursday, have been released by their abductors.

The Public Relations Officer of FULafia, Mr Abubakar Ibrahim, in a statement, said the four students were released late Saturday.

The vice-chancellor of the university, Prof. Shehu Rahman, commended the Nasarawa State government and the general public for their support in ensuring the quick release of the students.

The students, according to the university authority, have undergone medical checks and are in good conditions to immediately resume their examinations.