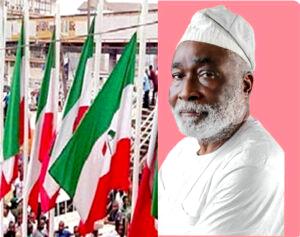 The Peoples Democratic Party, PDP, South-West Zone General Secretary, Chief Rahman Owokoniran, has said his immediate focus is working to ensure a united PDP is ready for the 2023 elections, as it is a seminal year towards deciding the welfare of Nigerians.

There were reports that he could be the candidate for PDP in Lagos State governorship election.

These came on the heels of pressure from his admirers and some party stakeholders for him to declare for Lagos governorship.

However, Owokoniran, in a release by his Publicity Secretary, Mabel Oboh, said his focus is on PDP’s overall unity and agenda for Nigerians, and not on Lagos governorship.

He said: “My primary and immediate interest is the unity of the party given the proximity of 2023 elections year.

“With a united PDP, the coming…