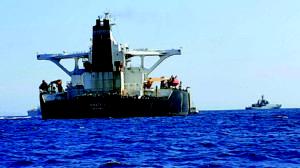 EFFORTS of the Nigerian Maritime Administration and Safety Agency, NIMASA, to rid Nigeria’s territorial waters of piracy has yielded major results as the International Maritime Bureau, IMB, for the first time in three years, reported a sharp drop in pirate attacks in the Gulf of Guinea, GoG,.

The region which hosts Nigeria’s waters, according to global maritime body’s latest report, recorded 34 incidents of maritime piracy and armed robbery in 2021, a sharp drop from 81 in 2020. The figure represented 58 percent drop in the pirates attacks on vessels in the region.

In the annual piracy report IMB attributed the drop in incidents to increased presence of international naval vessels and cooperation between regional authorities. Michael Howlett, Director of IMB, in the report stated: “The IMB commends the robust actions of the international navies and…