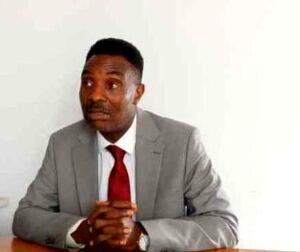 …calls for legalization of arms bearing by citizens

The Immediate past chairman of the All Progressive Congress, APC, in Enugu State, Dr. Ben Nwoye has expressed sadness over the murder of two chieftains of the Party in Enugu last Tuesday.

Nwoye who said he have a different view over comments in some quarters that members of the Indigenous people of Biafra IPOB, may be responsible for the attack and murder of two Chieftains of APC, declared that the killings were politically motivated.

This is even as he advocated  the legalization of Arms bearing by citizens  in the state, saying government should enact a law allowing people to bear arms  since it was becoming clear and obvious  that the nation’s  security agencies have been overwhelmed with the current insecurity situation in the country.

“Am totally aligning my self with  governor Masari  of Kastina State, who is calling for legalization of arms bearing in the country.