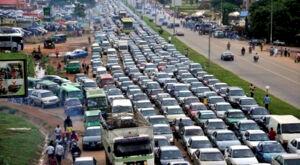 By Olasunkanmi Akoni
Lagos State Government has said that the traffic congestion across the metropolis is surmountable as strategic interventions are being deployed to tackle the menace.

Omotoso, who described the congestion in Lagos as surmountable, however, urged motorists to be patient with the state government over series of ongoing projects across the state, saying it aimed at easing off menace of traffic congestion.

He stressed that the project were been executed to beat the 2022 June and July rainfalls,…