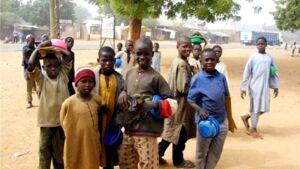 This is not the first time the issue of the Almajiri System in Nigeria has caught the attention of my pen. I wrote ‘The Almajiri Syndrome’ at the early turn of the millennium while ‘sweating it out’ at the Hague University School of Graduate Studies.

At the risk of vituperations,  vexatious reactions and clergy condemnations from religious and traditional jingoists both from and outside of the box, I smarted up, wrote and damned the expected reactionary consequences.

After a little over two decades on, the report is sadly worse than it was then,  in multiples. The Almajiri has remained the most abused personae in Nigeria’s North and beyond. Abused and abandoned, he has been forced to turn into monsters separately called Boko Haram, Bandit, Shekau, Turji and many more to come. The Almajiri would rather be deleted than exist.

The Almajiri system, we were told had a genuine intention of educating the young as the…