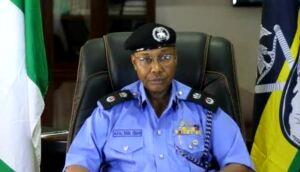 The Inspector-General of Police, IGP Usman Alkali Baba, has ordered the posting of CP Alabi Sylvester Abiodun to Lagos State Police Command as the new Commissioner of Police in-charge of the State.

An alumnus of the University of Lagos where he studied Sociology and a Masters Degree holder from Obafemi Awolowo University, CP Alabi was appointed into the…