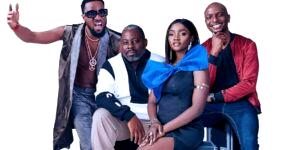 The search for the next music superstars in the country has commenced following the unveiling of the judges on the Nigerian Idol season 7 by MultiChoice Nigeria.

The reality TV show has produced some of the biggest music acts in the country including Timi Dakolo and Omawumi (when it was referred to as Idols West Africa) and break-out gospel singer Mercy Chinwo. Kingdom Kroseide won last year’s edition.

Thousands of Nigerian youths annually look forward to the singing competition as a platform to launch their musical careers and this year’s season may not be different following the unveiling of two superstars, D’banj and Simi alongside creative industries entrepreneur, Obi Asika as new judges on the show.

Popular radio and TV personality, IK Osakioduwa will also be returning as the show’s host for this season. “I’m so excited to be back on the show because coming back for a new season means that I did well the previous season. I’ll be bringing a lot to…