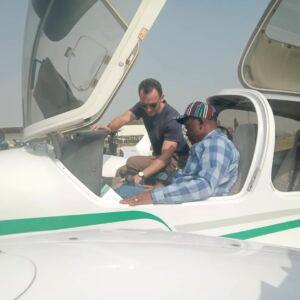 Flags off Digital Aerial Photography and Survey component of project

Governor Samuel Ortom of Benue state has promised to complete the ongoing N6 billion Benue Geographic Information System, BENGIS, project before the middle of the year.

He made the pledge Saturday in Makurdi shortly after flagging off the Digital Aerial Photography and Survey component of the project at the Makurdi Airport as well as inspecting ongoing construction work at the project site at the Benue State Ministry of Lands and Solid Minerals.

The Governor explained that the aerial photography and survey would cover all the Local Government Headquarters in the state and mini urban areas “to ensure that they are captured in our system.