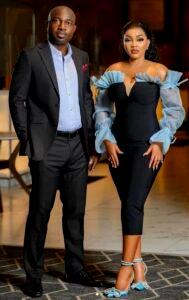 Mercy Aigbe has finally reacted to those who have accused her of snatching another woman’s husband. She continues to deny that her ex-husband Lanre Gentry and Adeoti were friends.

The actress recently got married to a businessman, Adeoti Kazim. According to reports, the actress reached out to correct the notion that she stole someone’s husband.

She said: “They only attended an event where her present husband, a marketer in the industry, invited her to his birthday party, which she had attended in her ex-husband’s company.”

She said the man is a Muslim, he’s entitled to more than one wife, so yes, he has issues with the first wife, and he is now married to her as the second wife and as a second wife, doesn’t she deserve to be happy?