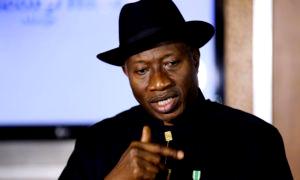 Asks PDP to go back to the drawing board

Ahead of 2023 general elections in the country, the former minister of state, FCT, Senator Solomon Ewuga at the weekend advised former president Goodluck Jonathan against heeding to calls by  some persons or  groups to re-contest the 2023 presidential seat saying that the move would not only rubbish him, but drag his credibility and the international recognition to the mud.

This is even as the former senator has asked the People’s Democratic  Party to go back to the bases and correct all the past mistakes if the party is ready to  return to power in 2023.

Senator Ewuga who spoke during an exclusive interview with our correspondent in his residence  in Abuja,  said the credibility and the international recognition earned by the former president Goodluck Jonathan following the acceptance of his defeat in the 2015 general should not be sacrificed.