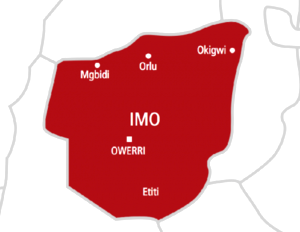 A mixture of tension, confusion, apprehension and mourning, has gripped indigenes of Umuakagu Nsu in Ehime Mbano local council area of Imo State, following the discovery of the decomposing remains Mr Damian Anyanwu in a bush at Ikperejere, Ihitte Uboma local government area.

Vanguard gathered that the late Damian Anyanwu, the father of an Austrian based Catholic priest, Rev. Fr. Paulinus Anyanwu, was kidnapped by unknown persons, on Sunday, January 23, 2022.

It was equally gathered that the late Anyanwu, who was described by some respondents as “hapless, loving and kind-hearted”, attended the Sunday morning mass, returned to his family compound in Umuoparukwu, ate his meal and was thereafter kidnapped by reply unknown criminals.

A villager, who spoke strictly on grounds of anonymity, said: “The man’s decomposing remains was found, three days after his reported kidnap, in a bush at Ikperejere, Ihitte Uboma local…