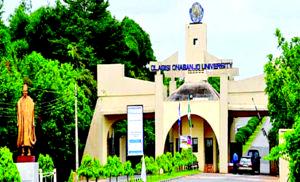 The Vice Chancellor, Olabisi Onabanjo University, OOU, Ago Iwoye, Prof. Ganiyu Olatunde, has advised universities in the country against indiscriminate award of first-class degree to their students, saying a situation where some universities would have a significant number of their graduating students bagging such is becoming worrisome.

This is just as he clarified that students deserving of such grades should not be denied.
He spoke in Ago Iwoye while briefing the press on activities lined up for the 30th convocation ceremony of the institution.

According to him, graduates should be able to defend the certificates and degrees held by them.