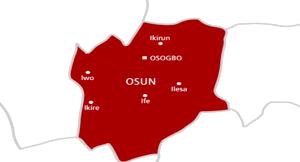 Osun State Police Command said it has arrested three suspects in connection with the cult clash that claimed five lives in Ilesa.

A clash between cult groups over sharing of money extorted from developers had escalated into a crisis leading to the death of five persons, while seven others were injured in Ilesa over the weekend.

Speaking with newsmen on Sunday, Osun Police Command spokesperson, SP Yemisi Opalola said three persons have been arrested in connection with the killing while raiding of black spots in the town is ongoing.

Similarly, Opalola said two other persons were arrested in Ile-Ife following intelligence on activities of criminals in the ancient town.

She added that the restriction of movement in the town is needless as the police are on top of the situation in Ile-Ife.

“Following the killings of five persons in Ilesa due to clash between cultists/land grabbers, the…