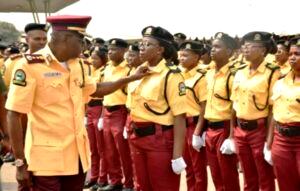 The battleline between good and evil runs through the heart of every man — Aleksandr Solzhenitsyn (1918 – 2008), Russian writer and winner of Nobel Prize for Literature.

EVERYONE, by default, has the tendency to either be good or bad, kind or unkind, human or heartless; no one is born a saint or devil. We all can be induced to manifest either the good or bad character when pressured by situational forces or rather the uncontrolled urge to amass wealth. Greed and discontentment are the drivers that lure one to cheat and swindle. Choosing to do good when the option of bad appeals is what defines a disciplined and matured man.

There is a general notion by most Lagosians that all the Lagos State Traffic Management Authority, LASTMA, officials are corrupt and that these personnel do nothing on the road other than to extort. No one makes any good comment about the officers anywhere anytime.

Motorists and even commuters all speak ill of LASTMA…