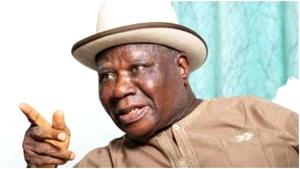 FORMER Federal Commissioner for Information and South-South leader, Chief Edwin Clark has asked former Vice President Atiku Abubakar, former President of the Senate, Senator Bukola Saraki, Governor Aminu Tambuwal of Sokoto State and other northerners who have Presidential ambition ahead of 2023 should in the interest of justice, jettison such an idea.

In a statement yesterday in Abuja, Clark who warned that  Zoning the Presidency

between the North and the South is the best antidote to the break up of Nigeria and  the Requisite for Peace and Unity in the country, however said that it is the turn of the South to produce the next President in 2023 and not…