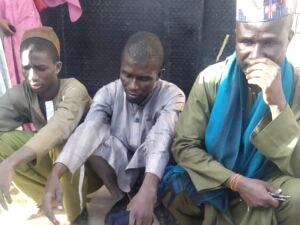 KANO – Police operatives in Kano on Tuesday said they have arrested one Musa Safiyanu, 55-year-old, running an illegal rehabilitation center in of Naibawa ‘Yan Lemo Quarters, Kumbotso LGA, Kano State despite ban by the state government.

Safiyanu was said to have been arrested along side five other of his accomplice.

Confirming the development, spokesperson of the Kano State Police Command, SP Abdullahi Haruna said about 113 inmates confined and locked up in a room have been rescued from the illegal rehab center.

SP Haruna said the command received a complaint from 10 inmates who escaped from the center informing it about the evil perpetrated by the suspects which led to a swift response and that leading to the arrest of Safiyanu and his accomplice.