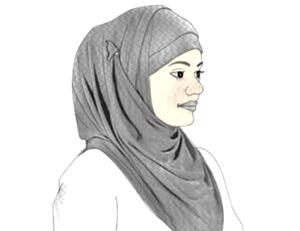 Speaking at the secretariat in Birnin Kebbi, the state Amira malama Hauwa,u Abubakar Zaki Dan shame described the day as a happy one and very big to all Muslim women.

According to her hijab-wearing is a command from the holy qur,an as she quoted a verse where Allah commanded all Muslim women to cover their bodies which include single, married and divorcees “every woman of faith has been commanded by God to dress decently by covering not exposing sensitive parts of their bodies “indecent and/or sexy dressing among women folk particularly those who attained puberty contributed at least 80% to the escalation of fornication and adultery among married, divorcees and singles in the society”

As part of activities lined up to mark the day, the Amira said a lecture on the importance of veils to Muslim…