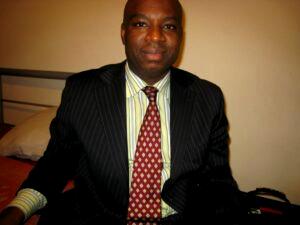 A Nigerian scholar in Russia, Dr Maurice Okoli has advised the leaders of the West to reconsider the idea of Ukraine membership in NATO and enter into serious negotiations with Russia over its security demands.

Okoli, a Senior Research fellow at the Institute for African Studies Academy of Sciences Russia, said in a statement he issued on Tuesday in Abuja, that Russia’s request as a result of security concerns.

He said that as a world power, it is most unlikely for Russia to allow Ukraine to join the North Atlantic Treaty Organisation (NATO) or for the United States (U.S.) or NATO to establish military bases in Ukraine.

The scholar stressed that just as the U.S. would not allow for Russian Military Bases in Cuba or Venezuela, it was only expected for Russia to be averse to Ukraine’s alliance with the West.

“The thought of Ukraine becoming a member of NATO which is the cause of present tension between Russia and the West is a red line for Russia. They will…