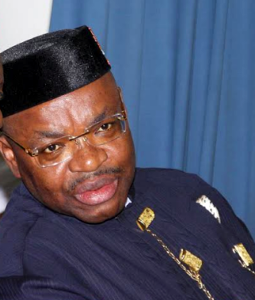 THE commissioner for Lands, and Water Resources, Akwa Ibom State, and governor Udom Emmanuel’s preferred governorship aspirant, Pastor Umo Eno has said he would promote youth development if given chance to govern the state in 2023.

Eno who spoke weekend while addressing members of the Nigeria Union of Journalists (NUJ) Akwam State Council, said various opportunities in sectors such as Agriculture,  tourism and the ICT would be harnessed to create massive employment for the Youths and wealth for the state.

He stressed the need to put an end to the trend where politicians throw money to the youths on the Streets, instead of showing them the ways of making money to become self reliant.

His words, ” I believe that when God gives us the opportunity to run Akwa Ibom we know what to do. Governor Udom Emmanuel by the grace of God has endorsed that I run for the office of governor of Akwa Ibom State.