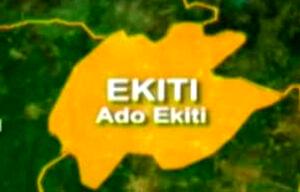 Ado-Ekiti—The announcement of siting of a branch of Nigeria Law School in Ekiti State has created confusion in the state, as two communities continue to lay claim to the proposed institution.

The development created apprehension between the two towns, Ilawe and Ifaki-Ekiti, mentioned as host communities.

The traditional rulers of the two communities, Alawe of Ilawe, Oba Ajibade Alabi and the Olufaki, Oba Adeoya are currently at dagger drawn as the two monarchs were laying claim to hosting right despite that the passed bill was awaiting presidential assent.

The Senate, had on Tuesday passed a bill for the establishment of six more branches of the Law School across the six Geo-political zones of the country, with that of the Southwest approved to be sited in Ekiti.

The Senate President, Ahmad Lawan, had announced Ifaki Ekiti in Ido/Osi local government area of the state as the host community for the branch approved for Ekiti.