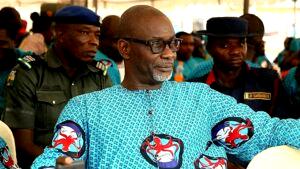 Ado-Ekiti—One of the governorship aspirant in the just concluded All Progressive Congress (APC) governorship primaries, Hon. Femi Bamisile has dropped his agitations over the January 27 shadow poll.

Bamisile said that he resolved to support the candidature of the former Secretary to the Ekiti State Government, Mr Biodun Oyebanji, the winner of the primaries in the overall interest of the party.

The Federal lawmaker representing Ekiti East/ Gbonyin/ Emure alongside seven aggrevied aspirant had vowed to contest the processes of the shadow poll, citing alleged irregularities and manipulation in favour of Oyebanji, who is believed to be the preferred choice of Governor Kayode Fayemi.

But, Bamisile while addressing newsmen on Friday in Ado-Ekiti, the state capital, said his decision to support the dictates  of APC on the shadow…