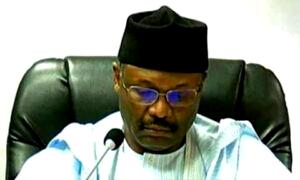 The Independent National Electoral Commission INEC, has explained that contrary to misconceptions in some quarters, the Permanent Voter’s Card, PVC, does not expire.

Resident Electoral Commissioner, REC, in charge of Abia State, Dr. Joseph Iloh, who made the clarification while sensitising students at the 10th Matriculation ceremony of the Gregory University Uturu, said “PVC is as valid as the voter is alive”.

He urged students of the university who were eligible for voting to arm themselves with PVC ahead of the 2023 general polls.

Earlier in his address, the Vice Chancellor, Professor Augustine Uwakwe, tasked the 484 matriculants to focus on academic excellence and shun all forms of distractions…