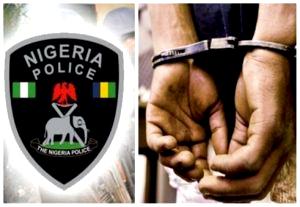 Two suspected notorious members of a three-man armed robbery gang have been lynched by an irate mob at Mechanic Bus Stop, Ojo, along Badagry Expressway, Lagos.

The duo, an ex-convict, Tobi Michael, and another member, who had been terrorising Okoko, Iyana Isashi, Igbolerin and environs, met their waterloo during a failed operation.

The three hoodlums, who had already robbed a woman and her daughter at Igbolerin Bus Stop, arrived at the scene on a motorcycle, at about 6:00 am, last Tuesday.

However, trouble started while they were trying to dispossess a commercial motorcyclist of his motorcycle.

The rider resisted their attack and, at the same time, raised the alarm, attracting the attention of passersby who pounced on two members of the gang while their third colleague fled the scene.

When Sunday Vanguard got to the scene, it had become a tourist site of sorts as a crowd had gathered to see the bodies.