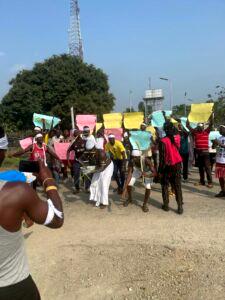 The youths of Ugborodo community have called on the Delta State government to intervene in what they described as neglect by the SPDC management operation in their community.

The Youth Executives in a statement signed yesterday by its chairman and secretary Mr. Wilson Ejeh and Mr. Dennis Egbayinor noted that “Ogidigben, Ajudaibo down to Madangho Community Water Project have been abandoned by SPDC.

“The electrification of Otumara down to Ode-Ugborodo , Ajudaibo, and Madangho communities has been abandoned also by SPDC.

“SPDC has refused to pay attention to the only access road from Ogidigben Community Flow Station through Ogidigben, Ajudaibo down to Madangho community that has been a bad shape for years.

“The issue of community indigenes being made SPDC direct staff have not been taken into consideration by the management since the inception of their operations in our land.

“We submitted a letter articulating the above…