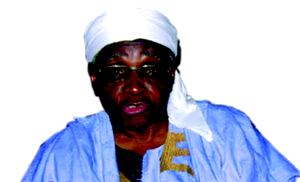 ABEOKUTA – The Convener of the Northern Elders Forum (NEF), Prof. Ango Abdullahi has disclosed that the country needed good tidings from the 2023 elections, saying that there is a need to strategize.

Abdullahi made this disclosure after about a two-hour meeting with former President, Chief Olusegun Obasanjo in Abeokuta on Tuesday evening.

This was contained in a release by Special Assistant on Media to the former President, Kehinde Akinyemi on Wednesday.

Accompanied by the Chairman, Board of Trustees (BOT), Coalition of Northern Groups (CNG), Nastura Ashir Shariff and the Director, Action and Mobilization CNG, Aminu Adam, Abdullahi said they were on the same page with the former President on discussed issues.

He stressed that in spite of their ages, they could still contribute to the society and the country, hence, “my coming to see…