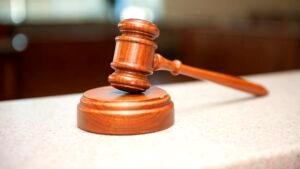 Halilu also ordered that the defendant should provide two sureties in the like sum, who must also be lawmakers and ordered that Zock should deposit his travelling documents to the Registrar of the court and must seek the permission of the court before travelling.

He, thereafter, adjourned the matter until March 17, for a definite hearing.

Earlier, the EFCC alleged that the lawmaker, in 2015 in Abuja, under false pretext,…