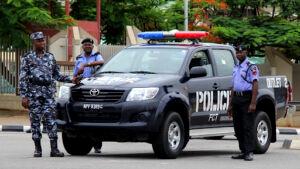 The Abia State Police Command, has said that efforts were on top gear to track those behind the Tuesday mid-night raid of Omumauzor Cattle Market Ukwa West where about eight persons reportedly lost their lives.

Police Public Relations Officer PPRO, Mr. Geoffrey Ogbonna told Vanguard in Umuahia that the Commissioner of Police, CP Jenet Agbede had visited the scene of the incident with top officers and other security agencies.

He said that those who sustained injuries during the raid had been taken to hospitals where they are now receiving medical treatment.

The PPRO who condoled with the family members of the casualties said the remaining traders in the market had been relocated to a place of safety.

He said that calm had been restored to the environment and pleaded with members of the public with useful information about those behind the cowardly attack to volunteer same to security agencies.

He reassured the preparedness of the police in synergy…