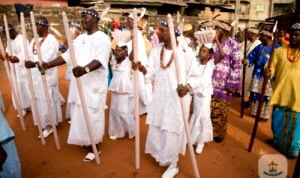 ENUGU—THERE was outrage  recently across Igboland, particularly among elders, traditional rulers, Ozo title holders, titled chiefs, leaders and stakeholders, over an online viral video showing some Igbo women in the Diaspora, specifically in the United Kingdom and Ireland, who claimed to have been initiated into the prestigious Ozo title society, a respected title that is an exclusive reserve for men of integrity and honour. In the video, the Igbo women also claimed to have formed a group they called ‘Umunwanyi Ozo Prestigious Chieftaincy Association, UK and Ireland’. The action sparked off a barrage of angry reactions and condemnation from Igbo leaders, who are well versed in culture and tradition. However, the recalcitrant women were said to have withdrawn the titles and apologised.