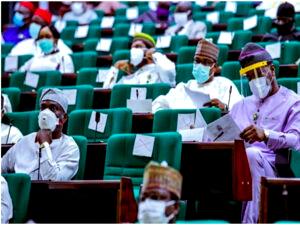 House of Representatives, Tuesday, urged the Chief of Army Staff, Lt. Ge. Farouk Yahaya and the Inspector General of Police, IGP, Usman Baba Alkali to thoroughly investigate the invasion of five communities in Ahiazu LGA of Imo State where some indigenes were killed by suspected security agents.

The House said the invasion and killings commenced in the early hours of Saturday, February 12, 2022.

The House charged Yahaya and Alkali to unravel the erpetrators of the act; the reason for the invasion; number of lives and properties destroyed, their offenses, and why communities that were not at war must be razed without recourse to the excruciating effect of rendering the innocent homeless as…