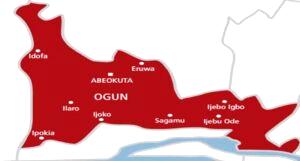 The couple that was arrested with human parts in the Leme area of Abeokuta, Ogun State had confessed that the person killed was a friend of his wife, noting that they sold the victim’s head for N70,000.

The couple, 43-year-old Kehinde Oladimeji and his 35-year-old wife, Adejumoke Raji, confessed that they killed the wife’s friend after cooking noodles for her.

It would be recalled that men of Ogun State Police Command in the early hours of Saturday arrested the couple for having fresh human parts in their possession after a complaint lodged at Kenta Police station.

Oladimeji, who confessed at the Ogun State Police headquarters, Eleweran, Abeokuta, said his wife singlehandedly killed her friend and dismembered her body parts, after which they both sold her head to someone in Ibadan for N70,000.