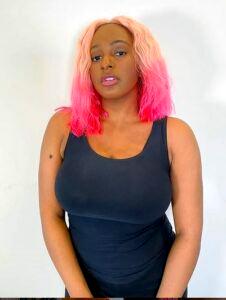 A popular disc jockey, Florence Otedola also known as DJ Cuppy, may have regretted her decision to go back to school last year. This is because the move has seriously affected her career in music.”

The daughter of billionaire businessman, Femi Otedola, had in March last year announced that she was going back to school to pursue her master’s degree in African Studies at the University of Oxford, England.

She shared a picture of her letter of offer as well as a video informing her parents about the development on Instagram.

But in a tweet in the early hours of Wednesday, the “Gelato” crooner lamented that the programme is seriously affecting her growth in the country’s music industry.

“Some days I’m at @UniofOxford deeply regretting doing a 3rd university degree because I feel like it’s affecting my progress in the music industry. But some days like this, I’m really proud of myself and I know that education empowers me to be greater in every aspect…