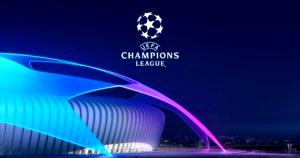 UEFA has moved this year’s Champions League final to France after it withdrew the right from Russia for invading Ukraine.

Originally billed to hold at St. Petersburg stadium, it will not hold at the Stade de France, UEFA announced on Friday.

The decision was reached after an extraordinary meeting held by the Executive Committee resulting from the escalation of the security situation caused by Russia’s invasion of Ukraine.

Among the decisions taken was the change of venues for national team and clubs football engagements for both countries. World Cup qualifying matches will now be played at neutral venues until further notice.

Vanguard had reported plans by Europe’s football governing body to withdraw the rights from Russia.

A statement to this effect on UEFA’s website reads, “The UEFA Executive Committee today held an extraordinary meeting following the grave escalation of the security situation in Europe.