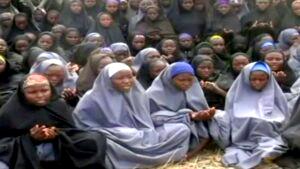 FORMER Federal Commissioner for Information and South South leader, Chief Edwin Clark has taken a swipe at the Federal Government on its silence on the release of the remaining abducted Chibok girls who have been held captive since 2014 by members of the Boko Haram.

Speaking yesterday at his Asokoro residence, Abuja when parents of the Chibok girls visited him to appreciate the elder-statesman for his continued demand for their rescue, Chief Clark who described the ugly incident as sad and unfortunate, said that any government that fails to carry out its constitutional responsibility of providing welfare for the people as well as protect the lives of the people has failed.

Also present at the residence of Chief Clark was the former Federal Commissioner for Information and Culture during General Yakubu Gowon’s Administration, General Ibrahim Bata Malgwi Haruna, retd, who corroborated what the South South leader said, described the continued silence on…