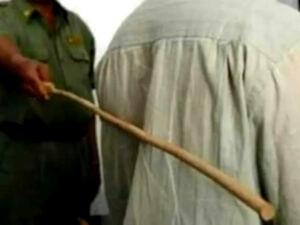 A Gwagwalada Senior Magistrates’ Court on Friday sentenced Rebecca Danjuma, 25 and Andrew Magdem, 23, to 12 strokes of cane each for stealing nine split AC units, and three orthopedic mattresses from a hotel.

While Danjuma and Magdem pleaded guilty, Ayuba pleaded not guilty.

Senior Magistrate Muhammad Munir in his judgment, also sentenced Danjuma and Magdem to 30 months imprisonment each.

Magistrate Munir sentenced Sanjuma and Magdem with an option of fine.

“On count three the defendants are sentenced to 12 strokes of cane each.

“The convicts are to pay a compensation of N1.315, 500 million each to the complainant”, he ruled.