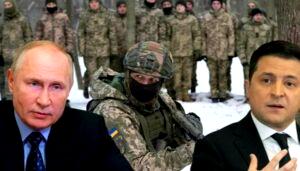 Belarusian political expert Yury Voskresensky said on Thursday the first round of Ukraine-Russia dialogue aimed at ending the fight between Moscow and its neighbour ended with no immediate agreements.

According to Voskresensky, who is close to the Russia-Ukraine talks, Ukraine is opposed to the negotiations, while Russia is ready to meet only in Belarus.

“The Ukrainian side categorically opposed the negotiations in Belovezhskaya Pushcha.

“As far as I know, according to unofficial information, the Russian side will not hold negotiations on the territory of other states.

‘Fly on broomsticks’: Russia stops supply of rocket engines to US

“Negotiations are possible only on the territory of Belarus,” Voskresensky said.

He added, however, that the organisers of the talks are hopeful that the meeting will take place.