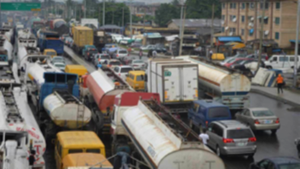 THE leadership of the National Association of Road Transport Owners, NARTO, yesterday, decried the continued involvement of officials of the Lagos State Traffic Management Authority, LASTMA, in the control of trucks into the port, saying it has worsened the traffic situation along the port access roads.

He explained that the unregulated activities of the Police and LASTMA officials, who are heavily involved in extorting truckers, have created more problems for the implementation of the eCall-Up system introduced by the Nigerian Ports Authority, NPA, and powered by the…