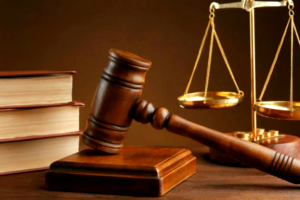 A civil servant, Mrs Esther Anaagu, on Thursday, dragged her husband Emmanul, before a Customary Court in Jikwoyi, Abuja for allegedly ”stuffing” tissue-paper in her private part.

Anaagu, in her petition, said:” my husband stuffs a lot of tissue in my private parts after sex.

”I summoned the courage and confronted him one day about this. He denied doing that.

“So, one day, I set a trap for him and caught him wrapping the tissue paper on his private parts before sex,” she said.

She said that she had always suspected her husband of making attempts on her life.

The respondent, Emmanuel, who is a taxi driver, denied the allegations.

The presiding judge, Mr Labaran Gusau, advised the couple to explore all available means of settlement, for the sake of their children.

Gusau adjourned the matter until March 24, for report of settlement or hearing.