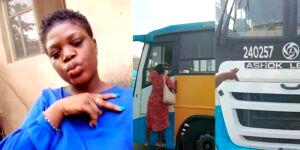 The BRT driver involved in the missing and eventual death of fashion designer, Ayanwole Oluwabamise has been arrested.

Lagos PPRO confirmed the development to Vanguard following the recovery of Oluwabamishe’s body.