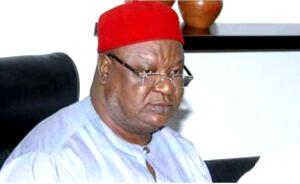 Former, Senate President, Anyim Pius Anyim GCON has expressed dissatisfaction over the rejection of the women/gender-related bills at the constitution amendments hearings of the National Assembly.

His anger is borne out of the fact that Nigeria women will be using the occasion of the International Women’s Day, IWD commemoration to stage a nationwide protest at the National Assembly against the refusal by the leadership of the National Assembly to grant the desire women in the area of gender equality in governance.

In a statement, the former Senate President stated that the demands by Nigeria women are in order and should be respected if the country would make formidable progress in nation-building.

His words, “Without inclusiveness, we will not make the desired progress in our efforts at nation building.