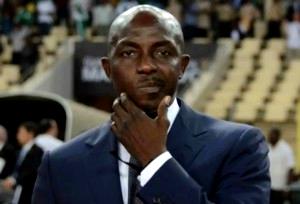 Former Nigeria international and Super Eagles coach, Samson Siasia is not comfortable with the inclusion of new players in the just released squad to face the Black Stars of Nigeria in the World Cup play-off later this month.

The Nigeria Football Federation, NFF, on Friday, released a list of 25 players and 7 on standby who have been penned down to prosecute the crucial double-header and some noticeable new names and returnees were on it.

The likes of Ogenyi Onazi who has been away from the team got an invite, Oghenekaro Etebo returns from an injury lay-off, while new faces Ademola Lookman, Akinkunmi Amoo are included.